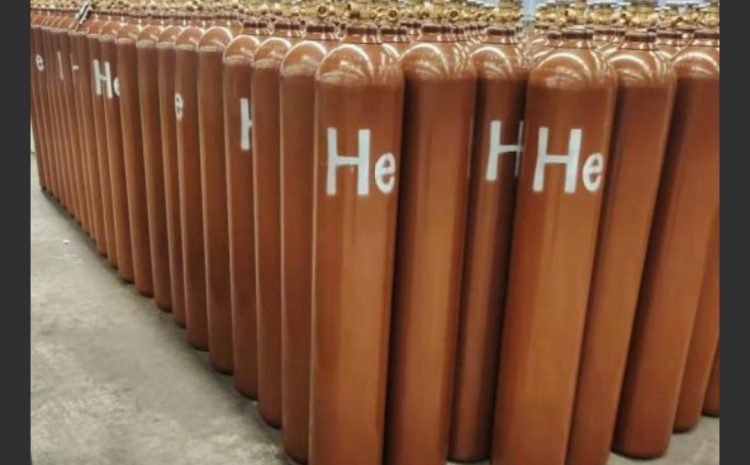 Although helium gas is very rare in nature, it is the most common gas in the universe after hydrogen. Since helium is a noble gas, there are no known compounds. On earth, helium gas is found in the compound of natural gas, and a large part of it is obtained in the USA, North Africa and Russia. Helium gas is non-flammable and non-flammable, it is also a colorless and odorless gas. It is a lighter-than-air gas and therefore the most natural and safest gas for inflating any type of balloon.

What are Helium Gas Properties?

• Its symbol in the periodic table is expressed as He.

• Atomic number, number of protons and number of electrons are 2.

• It is gaseous at room temperature.

• It is a colorless and odorless gas.

• It is an inert gas and therefore it is included in the group of inert gases.

What are the Uses of Helium Gas?

• As a shielding gas in the welding area

• It is used to fly in balloon gases.

• It is used as leakage control gas.

• It is used as flue gases.

• Asthma etc. It is used in the gas mixtures of people with the disease.

• It is used in Magnetic Resonance devices.

• It is used in laser gas and analytical devices.

• It is used in laser gas and analytical devices.

• It is used in rocket propellant systems.

• It is used in balloon fillings.

• It is used as a cooling gas in nuclear power plants.

• If the helium tanks or cylinders remain in the fire, they are cooled with water.

• It is not flammable, but when its cylinders or tanks are exposed to excessive heat, it can expand and explode from pressure build-up.

• If this gas is inhaled excessively, dizziness, nausea and further suffocation may occur.

How to Fill Helium Gas?

It is difficult to obtain helium gas production from air because it is present in very small amounts in the air. Since the areas where helium gas is most abundant are natural gas deposits, it is obtained by separating it from natural gas. It is filled in tubes that are similar to a large kitchen tube and produced in many colors. For this, specially produced filling machines are used. Since it is a harmless gas, helium gas is very easy to fill and transport.